Sugar Cane Burning in Maui, Hawaii, might be on its last legs - or, at least, its last decade.

The Maui County Advisory Committee to the State Dept. of Health has reviewed a proposed set of air pollution controls which may have long-lasting effects on sugar cane burning in the islands.

·Elimination of agricultural burning by 1980 - including sugar cane and pineaaple residues.

·Paving of many agricultural roads to control dust on Maui.

·A requirement to burn only low-sulphur fuels in electric power plants in Hawaii and other facilities.

·Regulation of backyard burning, and elimination of such burning entirely in Honolulu in 1973.

It is expected that many, if not all, of these sugar cane regulations will be fought at a public hearing in Honolulu set for Jan. 11.

No public hearing has been scheduled for Maui.

The Maui Advisory Committee -- with 20 representatives of education, government, business and industry -- is one of Maui's most diverse organizations. The group explored the detailed proposal chapter by chapter at a meeting last week.

During the meeting, Mayer questioned Robert Nekomoto, chief of the air sanitation branch of the State Health Dept.in Maui, about the bulky document.

In opening remarks, Nekomoto explained the proposal would give citizens the right to sue governmental officials and agencies for failure to implement and enforce any of the numerous regulations concerning sugar cane burning and other air pollution control regulations. 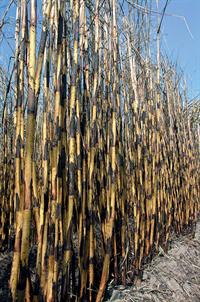 "This is the first time in Hawaii" he said, "citizens have been placed in the role of enforcement officers."

Regarding the proposal itself, he said, "anything here is man-made, and it can be changed."

The proposed sugar cane burning regulations would require every electric power plant in the state to use fuel with a sulphur content of 0.45 per cent or less. At the present time, only two power plants in Hawaii would meet this regulation. Both of them are on Oahu.

Nekomoto said he has been assured enough low sulphur Fuel will be available to meet all needs by July 1, 1972.

According to Mayer, the sulphur content in the air at the Kahului Shopping Center presently exceeds safe limits. This pollutant is being caused by the Maui Electric Co., he said.

Two major areas of concern -- particularly for the sugar and pineapple industries -- are the anti-dust and burning regulations.

The dust regulation would prohibit anyone from allowing visible dust to cross his property line.

A pineapple industry representative said he feared 20 per cent of pineapple roads might have to be paved to stop the dust. He questioned if this would be economically feasible for any agricultural activity.

If the regulations are adopted, no agricultural burning will be permitted after Jan. 1, 1980. This would give the sugar companies eight years to develop other methods of removing trash and unwanted vegetation from the mature sugar cane to substitute sugar cane burning. Burning also is employed by the pineapple companies, to clear dead fields after harvest.

Beginning one year after adoption, permits would be required for all agricultural burning until the 1980 cut-off date. During this time the department would announce daily at 7:45 a.m. whether burning would be allowed on that day.

Also under the proposed regulations, most open fires would he prohibited. The exceptions would be fires used for cooking or recreational purposes. And even then, the fires could not be within 50 feet of a dwelling, and could not be causing a nuisance.

Up to 25 pounds of leaves, wood and paper could be burned daily at residences between the hours of 9 a.m.. to 6 p.m. All backyard burning would be prohibited on Oahu after June 1, 1973, but would be permitted on other islands.

There is no control today of backyard burning other than the "nuisance ".

Nekomoto said the proposed regulations must be submitted to the US Environmental Protection Agency by Jan.30. The agency then will have four months to review the document, and another two months to workout any changes. 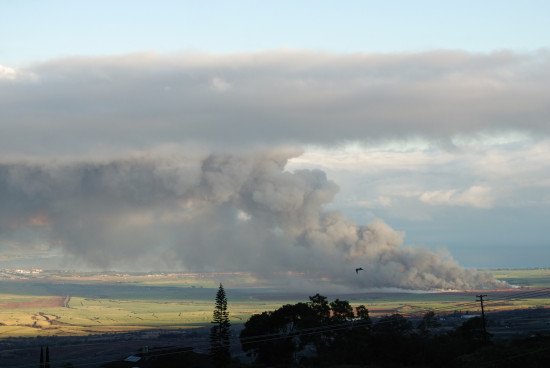