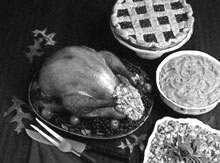 An improperly prepared or stored turkey can be deadly.

According to Dr. Alice Broadhurst, Maui district health officer, the death was caused by salmonella "E" poisoning which developed due to improper storage.

In an effort to inform the public of the proper methods of cooking and keeping such leftovers, Dr. Broadhurst worked with Bonnie Tuell, Maui Electric Co. nutritionist.

Together, they prepaired a brochure, financed by Maui Electric, which is being distributed at stores and restaurants on Maui and Molokai.

Dr. Broadhurst suggests that hands and cutting boards be washed with soap and water. After use, the cutting board should be soaked in a mixture of two tablespoons of chloride bleach in one gallon of water.

If the bird is purchased late, leave the wrapping on and place it in a sink of cool water. In this manner, a 24-pounder would defrost in 10 hours.

Do not leave the unwrapped bird exposed to the air to thaw.

After thawing, remove the giblets and neck as soon as possible. Cook these immediately in water and regrigerate. Rinse the bird inside and out. Make the stuffing just before cooking.

Serve at once, or immediately remove the stuffing and refrigerate them separately. 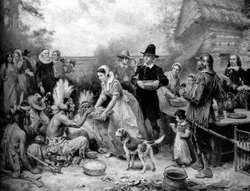