Maui Life of the Land & Kiwanis

"When I told the Maui Life of the Land people I was coming here, they said, "Boy those guys really need it'," Mike Cleveland told the Lahaina Kiwanis Club last week.

"When you say your motto is, 'We Build'," Cleveland told the group, "my first reaction is to cringe a little bit.

"It's as if you are saying, 'we go out and build things'. With very little planning, the results can be disasterous, with unaesthetic views, garish signs and garish buildings."

Cleveland said Maui Life of the Land is basically an ecological research and action group, with a complementary objective of building an attitude of public awareness.

Cleveland said the group has been accused of being anti-humanistic, of shooting from the hip and of talking too loudly. "This," he said, "was very true during our early days on Oahu.

"And I wouldn't have had it any other way," he added. He said that at the time, most people were unaware of the harm being done to the environment, and a loud voice was needed.

"The mayor (Maui Mayor Elmer Cravalho) thought we were public enemy number one," he said. But, Cleveland said, the mayor began talking with representatives of Life of the Land.

"As a result, we are now co-plaintiffs in a suit against the Navy's bombing of Kahoolawe."

"At this stage now, we sit down in a friendly way with people we used to think of as opponents. What used to be accomplished with a lawsuit, now takes a phone call."

Cleveland said he was delighted with A&B,Inc. which now has a full-time executive who is working to diversify its agricultural activities.

He cited this type of planning as being the type of activity needed on Maui. "We ought to grow enough food to feed everyone on Maui."

He said the diversification should be given precedence over hotel and condominium construction. 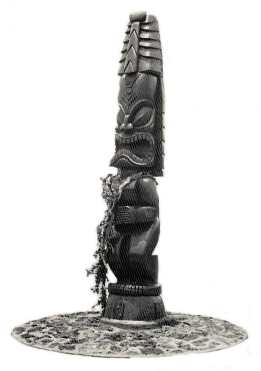