To Protect The Environment
Mayor Asks Ban
On Phosphate Soaps

Cravalho's proposal, presented to the County Council last Friday would ban sale of detergents containing any phosphorus after June 30,1973.

Cravalho's bill was referred to the Council's committee of the whole.

Phosphates in detergents have been a recent target of ecologists who point out that the phosphorus does not decompose after use, and can result in pollution of the waters into which it is eventually dumped.

In a letter to the Council, Cravalho said the draft ordinance to protect the environment was prepaired by the County Attorney at Cravalho's request. He said the draft was in response to requests from a number of Maui residents, including students, during recent months.

Cravalho stressed the ordinance can be amended if the Council or members of the public want to offer changes. 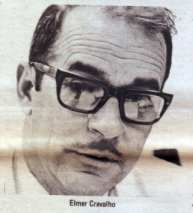 The ordinance proposed by Cravalho would amend the permanent ordinances of the county by adding a new article entitled, "Water Pollution Control".

The article would require labeling of the phosporus levels of all detergents sold in Maui County after Jan. 1, 1972. Detergents-except those made for use in machine dishwashers and some industrial equipment-would be limited to a phosphorus level of 8.7 per cent by weight after that date.

The bill would completely ban sale of detergents containing any amount of phosphorus after June 30, 1973.

The proposed ordinance provides for a fine up to $500 and imprisonment for up to 60 days for violation of the law.

The county and state governments cooperated recently with Maui ecologists to stop illegal removal of sand from a beach area near Kihei.

Government officials appear content to drop the case now that the illegal operation has stopped.

But representatives of the Maui chapter of Life of the Land ecology group are asking prosecution of the violator.

The case involves Ige Construction Co. of Wailuku, which removed at least 500 yards of sand during Wednesday April 21, for use as backfill on the nearby Kalama Park erosion control project.

The operation was spotted that morning by Life of the Land member Les Skillings. He notified the group's attorney, Michael Cleveland of Wailuku.

Cleveland contacted an Ige representative, but said he was unable to get enough information from him. He then sent a letter to Maui Mayor Elmer Cravalho, asking his help with the environmental situation.

By 2 p.m. the next day, Cravalho had investigated, found that Ige had no sand removal permit, and the work was stopped. The State Dept. of Land and Natural Resources assisted in the investigation.

Cleveland praised Cravalho's cooperation and quick action. But he added that he "would like prosecution in this case. Ige may have been ignorant of the law, but they should come into court and say this. I think the rules should be enforced."

He said Skillings plans to ask the state ombudsman to find out why the county is not prosecuting the construction company.

Cravalho said the county plans no punitive action against Ige. He said he felt the county could not prove any "willful intent" to break the law.

County Attorney Kase Hige described the incident as a "misunderstanding," and said he does not intend to prosecute.

Dennis DeMello, general manager for Ige Construction, said his firm proceeded on the assumption that the U.S. Army Corps of Engineers had permission to take the sand. Ige is working on the Kalama project under contract with the Corps.

He said the project's plans provided by the Corps indicated that the sand was to be taken from the beachside area, located near the Kihei Road bridge which spans the stream leading from Kealia Pond to the ocean.

He said the Corps has accepted responsibility for the illegal sand removal.

The area where the sand was taken is within a state conservation district. Permission from both the state and county is required for sand removal. The property is owned by Alexander & Baldwin, Inc., and permission also would be necessary from that organization.

It appeared that DeMello was familiar with the environmental regulations requiring permits from the state and county. This was indicated by a conversation DeMello said he had about one month ago with Lewis Howard, manager of Maui Concrete & Aggregates.

DeMello said he called Howard to ask if Maui Concrete had a permit to take sand from the area.

According to Howard, DeMello asked if Ige Construction could remove the sand under the Maui Concrete permit.

Howard said he told DeMello that a former permit held by Maui Concrete had expired. He said he suggested that DeMello request a permit from the State Dept. of Land and Natural Resources.

James Shaw, Maui agent for the department, said no permit application was filed by Ige or the Corps of Engineers.

Gordon Soh of the Honolulu planning office of the department said there are no immediate plans by the state to bring legal action. He said the department has the case "under advisment."

Soh said he witnessed Ige trucks taking some of the sand from the Kealia Pond beach area to the Maui Concrete & Aggregates plant near Maalaea. DeMello, however, said he was not aware of any of his trucks delivering sand to Maui Concrete. Howard said he is positive no sand was delivered by Ige. 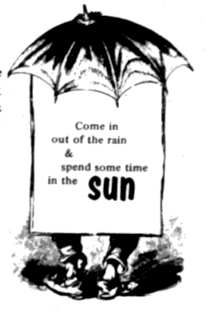