The west Maui development planned by Maui Land and Pineapple Co. may have as many as 3,000 hotel rooms and residential units by 1986-far more than the 2,000 hotel and comdominium units now in place or under construction at the big Kaanapali resort area.

But according to project planner John Hyer, the development will also include no "high-rise" construction. As Vice-President of Honolua Plantation Land Co., a subsidiary of Maui Pine, Hyer is directly responsible for formulating and carry out plans for the development.

He said the tallest building tentatively planned for the west Maui project-located in the Napili area some 10 miles north of Lahaina-would be six and one-half stories.

The two tallest structures on Maui are located at Amfac's Kaanapali resort, about 3 miles north of Lahaina. They are the new 12-story Royal Lahaina hotel and the 11-story Maui Surf hotel now under construction. Several prospective hotel sites are located on the ocean just south of the Maui Surf.

Although Hyer promised no high-rises for the Maui Pine West Maui Project, he said he had no intention of signing any sort of voluntary pledge to that effect. Hyer said a Maui teacher active in environmental improvement work had asked him to sign such a pledge.

Instead, he suggested that laymen concerned with new tourist construction should work to change existing zoning ordinances and planning laws.

The 3,000 units tentatively planned for the west Maui project could include 1,000 hotel rooms plus 2,000 apartment, condominium and single-family units.

Hotels are being planned at Napili's popular Fleming Beach (Kapalua Beach) and at neighboring Oneloa Beach, just north of Fleming.

Maui Pine is considering a hotel at Fleming that would be about five stories high and include some 260 rooms. It probably will be oriented to individual tourists who plan to stay for a week or two, rather than large tour groups remaining for only a short time.

The Oneloa Beach hotel is expected to be larger and more oriented toward tour-group visitors, Hyer said. Because of the slope of the land, both hotels would extend only about one story above the level of the nearby west Maui highway.

A third hotel site is also being studied.

A golf course is planned for the sloping pineapple field area between the Pineapple Hill restaurand and Napili Village. South of the golf course, plans call for a 90-acre housing subdivision, primarily for low and moderate income families and for Maui Pine employees.

Residents of Maui Pine's Honokahua Village, which is to be cleared within the next 15 years, will have first choice on the new homes and apartments.

Maui Pine plans to provide a permanent public park at Honokahua Beach, about one and a half miles north-east of Napili. The public park is expected to include about half the property fronting on the beach itself, plus a large existing recreation area on the other side of the highway from the beach.

A portion of the property fronting on the beach would be used for tourist development.

Maui Pine is currently working on a 15-year plan for developing some 700 acres of its west Maui land. The development area extends from Alaeloa through Napili to Honokahua. Future development will probably take place in the area of Honolua Bay, further north.

Hyer said his Honolua Plantation Land Co. expects to go before the Maui County Planning Commission within the next two months with a presentation of its proposed plans. 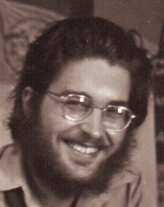 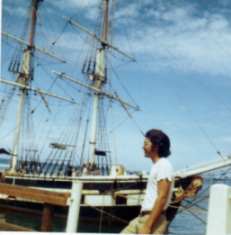