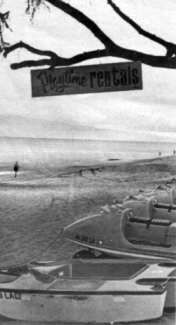 A rental operation of dune buggies on the beach near the Maui Hilton Hotel at Kaanapali is being criticized as noisy, unsafe and illegal.

According to Police Capt. Kiichi Takahama of Lahaina, Maui County law prohibits motor vehicles from being driven on public beaches.

"The public beach is a public place," Takahama said. "No one has the right to do just as he pleases."

In a letter to the Sun, a Maui visitor called the operation an example of "the incredible short-sightedness of Maui business enterprises." Mrs. Alice Adams of Redwood City, Calif., continued by asking for "establishment and enforcement of tight restrictions on the use of the magnificent beaches of Hawaii."

Several Maui residents have complained of the noise and danger from the two-passenger vehicles, which are rented by the hour to be taken on rides along the beach.

Chris Werrett, owner of the operation known as Playtime Rentals, defended the appropriateness and legality of his business.

"For every person who comes here to find absolute quite and solitude," he said, "there are 10 who are glad to have this sort of recreational opportunity."

He said the present county ordinance, as worded, does not specifically outlaw his type of operation.

The present law says, "The purpose of this ordinance is to prevent persons from using the beaches of the county of Maui as race tracks for motor vehicles."

The law reads: "No person shall drive any motor vehicle upon any beach of the county of Maui, except to transport persons or supplies for picknicking, fishing, camping or swimming. Driving a motor vehicle back and forth or aimlessly or racing on a beach shall be considered a prima facie violation of this ordinance."

Capt. Takahama said he felt the ordinance outlaws driving along the beach in the small vehicles. He said he brought the law to Werrett's attention about a month ago. Takahama said he also discussed the situation with a representative of Amfac Communities, owner of the Kaanapali resort area, and with Sheldon Randall, general manager of the Hilton.

Randall has since resigned his position with the Hilton and left to take over management of a large hotel in Singapore.

Sanborn (below) said the dune buggie operation had been okayed by the Hilton Hotel, but not by Amfac Communities. He said he is looking into the business in an attempt "to resolve the situation." 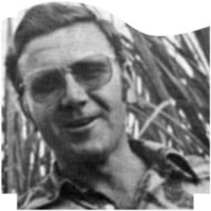 The property on which Werrett's office is located is owned by Amfac Communities. However, the beach area is public property.

Sanborn said Werrett is interested in establishing another rental operation on the beach in front of Whalers Village at Kaanapali. Any such operation would include rental of a variety of recreational equipment, Sanborn said, but would not include dune buggies.

Dune buggies are not the only motorized equipment offered by Playtime Rentals. The firm also rents small "jetboats" which can carry a person across the water at 28 miles an hour, a motorboat for water skiing, and little motorized pods that pull persons through the water.

He said the dune buggies make up about 25 per cent of his business. Werrett, who operates an equipment leasing firm in Santa Ana, Calif., said he had invested about $35,000 in Playtime Rentals.

Werrett said use of these vehicles is restricted to beach areas north of his office. They are not to be taken south into the beach areas fronting the Hilton and Royal Lahaina hotels. Most persons respect the rules, he said, although one adventurous driver took his dune buggy for a spin down the runway at the Kaanapali airstrip. 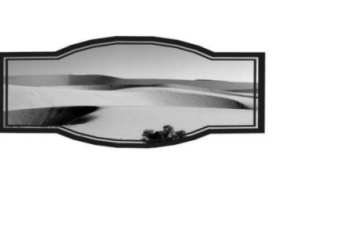