Haleakala National Park On Maui, Hawaii
Hike Into A Hole With Cinders And Rainforests

Haleakala National Park on Maui, Hawaii, that 10,023-foot volcano, is a favorite day's excursion from the Lahaina area. The paved road that leads to the summit is 40 miles long-the only one in the world that takes you from sea level to such a height in such a short distance.

In winter can be found an unexpected item in Hawaii: snow. All year 'round, it offers spectacular summit views.

This dormant volcano at Haleakala National Park last erupted about 1790. It's 21 miles around, 3,000 feet deep and covers 19 square miles. Haleakala means "House of the Sun", and it was from the crater rim that the legendary demigod, Maui, lassoed the sun.

The interior crater at Haleakala National Park is a painted wasteland, with windswept banks of cinders and colorful cones. Hiking and riding excursions can be arranged into the crater itself. Besides the strange natural environment, the interior crater has many interesting things to offer: stone alters, shelters, and platforms, all evidence of early Hawaiian encampments, plus volcanic dikes, lava tubes, and old Hawaiian adz quarries.

For those who don't have time to venture from Haleakala's rim, the spectacular view into the crater, and the views beyond it, are well worth the trip. To the southeast can be seen the tops of Hawaii's Mauna Loa and Mauna Kea volcanoes. Unless clouds block the view, other islands and the rest of Maui should be visible.

There are two observatories at Haleakala National Park with displays, and a picnic and camping area below park headquarters. Haleakala's slopes abound in rare native plants, as well as several native birds long considered extinct. Haleakala is a rare experience that more than makes up for missing one day in the sun at the beach. 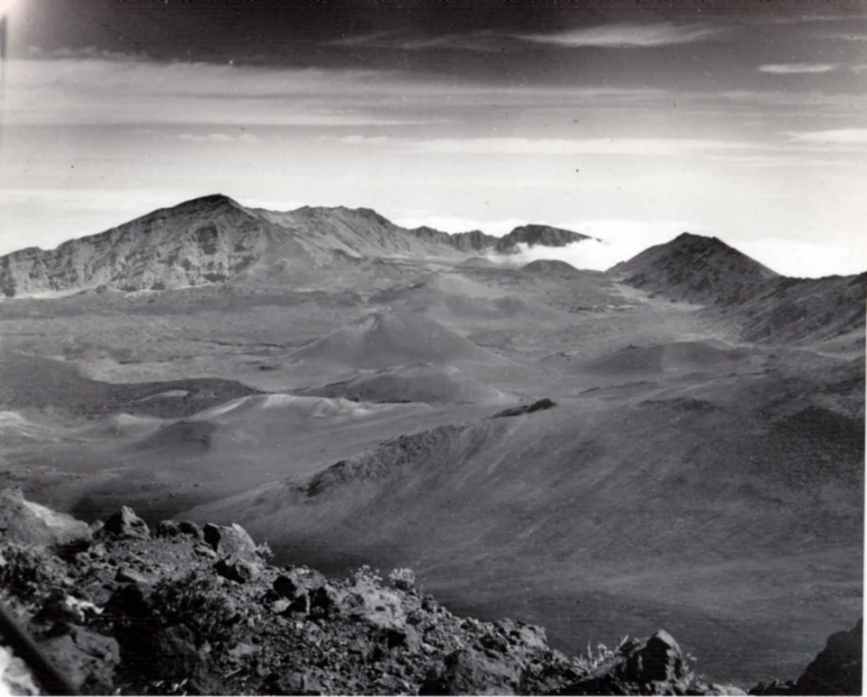 It was the usual place, the Kahului Library conference room: Joe's Bar and Grill for the concerned set.

The topic of conversation: a big hole. The Haleakala crater. Three thousand feet of depression.

The consensus: make it a wilderness area as proposed by the park people. And throw in a valley for good measure.

The turnout for the session was fair-45 persons-and harmony prevailed.

Testimony from ecology organizations also was in general agreement: Do it.

And so it appears some 17,750 acres-about two-thirds of Haleakala National Park-will be given wilderness status.

Final approval must come from Congress.

The areas protected by this change of status include most of the crater floor, plus neighboring six-mile-long Kipahulu Valley with one of the world's densest rain forests.

The unique Kipahulu Valley would be especially protected, with only limited visitation permitted and then only for scientific study.

Throughout a wilderness area, hunting, grazing, logging, mining, public roads and utility rights of way are not permitted.

Trails are kept to a minimum. Limited use of horses for transportation is permitted.

Excluded from the wilderness zone-which would begin at the summit of Magnetic Peak in the southwest portion of the park and end at Palikea Promatory in Kipahulu Valley-would be a corridor 20 feet wide and nine miles long surrounding a ground telephone line. 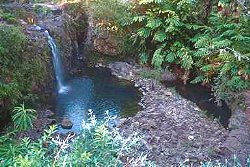 This line provides service to the crater's three public cabins and a ranger cabin. It is for emergency and management use only.

Also excluded from the wilderness designation would be two 10-acre parcels at Holua and Paliku and one five-acre area at Kapalaoa. These are the sites of the three public cabins inside the crater.

At last week's meeting, concern was expressed over the telephone's right of way. It was proposed that micro-wave communication might be a better solution. The suggestion was taken under advisment by representatives of the National Park Service.

Robert Bruce, president of the Maui chapter of the Conservation Council of Hawaii, said he would "heartily endorse" the general proposal for wilderness designation.

Bruce questioned the wisdom of setting aside the five- and ten-acre plots. He felt less area would be adequate. He asked for completion of designs for back country shelters.

Also backing the wilderness designation proposal were Virginia Brooks, president of the Oahu chapter of the Conservation Council of Hawaii, and a representative of the Wilderness Society, a national organization with 70,000 members.

Outside of complaints over possible location of trails, the telephone areas, and requests for additional imformation on various improvements, the only opposition seemed to come from hunters wanting access to some of the area. 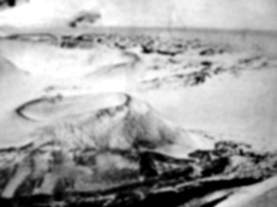