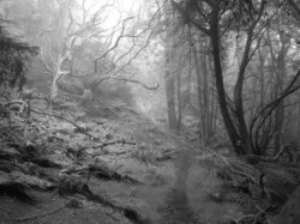 A new ordinance cuts in half the number of County camping parks on Maui, increases regulations, and provides stricter penalties.

The new law passed final reading by the County Council May 7 and was approved the same day by Maui Mayor Elmer Cravalho.

Under the new ordinance, staying overnight no longer is permitted at Hana, Kamaole or Waiehu County parks.

Limitations have been put on the number of tents and trailers permitted at the remaining three camping parks: Baldwin, 10 tents and 8 trailers; Hookipa, seven tents and five trailers, and Kalama, 10 tents and 18 trailers.

People are now required to use a tent (or tarpaulins rigged like tents), or "commercially constructed" camping vehicles or trailers. Sleeping bags alone are not allowed for Maui camping.

A permit must be obtained two days prior to use, as before, but is only good for three days instead of the previous four. No renewals are granted. Only one permit may be issued at a time, and "satisfactory identification" must be shown.

In most cases, a person must be over 18 to get a Maui camping permit. Adults will pay $1 a day to camp. The charge for persons under 18 is fifty cents.

According to a letter written by Cravalho, which accompanied the proposal to the County Council last Dec. 4, the proposed ordinance was drafted by the County Attorney's office following the recomendations of the Dept. of Parks and Recreation.

However, Parks Director Ichiro Maehara-five days after the law passed-said he had not yet read the Maui camping document.

Maehara said he took office last January. The Maui camping proposal was issued from the Mayor's office in January 1970.

Maehara said he believed Alfred Deloso of the Parks Dept. was instrumental in formulating the ordinance. Deloso was reported sick for most of last week and unavailable for comment.

"I am ashamed to admit that I don't know what the ordinance contains. I've been sick, had two major operations in March, and had to be excused from the first reading of the ordinance.

"Because of the urgency of the situation, with the Parks Dept. requesting immediate passage, and the approval of the Mayor, I just glanced at it quickly."

County Attorney Kase Higa said three of the parks were closed to such outdoor activity because of overuse, lack of adequate facilities, and what he termed "abuse".

Higa said the matter of a three- or four-day permit was arbitrary. "We want some limitation," he said. "Because of the heavy use, this gives everyone a chance."

Tents are required, he said, so officials can "make sure these people are really campers".

The requirement of what the law terms a "commercially constructed" camper was added, Higa said, so persons "can't drive up in a pickup truck and say this is a camper."

Higa said the major suggestions for the ordinance came from Mayor Cravalho. The actual drafting of the bill was carried out by Higa and Deputy Attorney Arthur Ueoka.

Cravalho left for three weeks in Japan after approving the ordinance, and was not available for comment.

Police Chief Abraham Aiona said neither he nor his department had been consulted on the new ordinance. He said he had not requested stronger laws in this area.

County camping laws are now considerably more restrictive than either State or Federal laws on Maui.

With your name on the "Alert" list-you're ready to go. Even though you don't know when that may be!